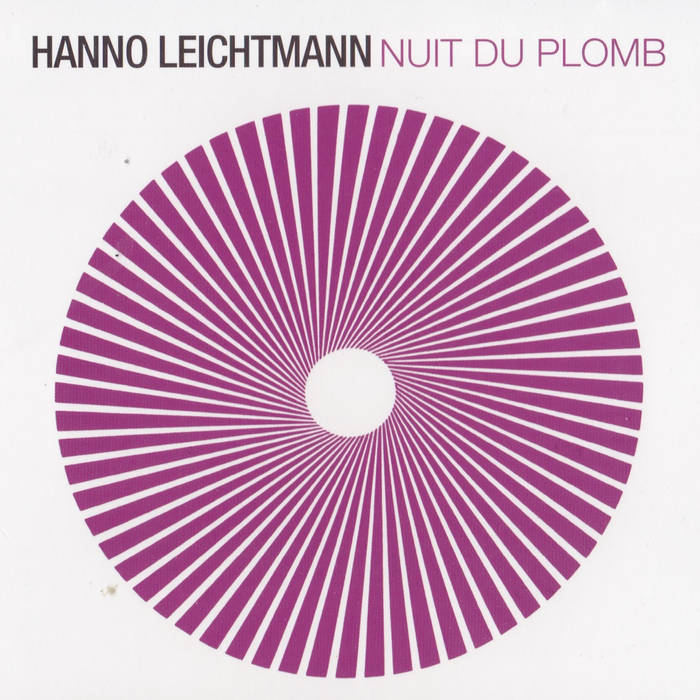 In terms of your CV, having your solo work as Static up top with drumming duties for the likes of Pole and Jan Jelinek listed on there as well isn't going to do any harm - but rather than point you smugly in the direction of his previous employment section, Hanno Leichtmann has set about crafting a record that will get his own name as recognisable as his pseudonyms. Originally composed to accompany a reading of Hans Henny Jahnn's novel 'The Night Of Lead', 'Nuit du Plomb' is a drifting blush of electronic ambience that shuns the unfocused specter that has come to signify the genre in recent years, as Leichtmann allows a mist of atmospherics to part sporadically to reveal a much grander structure just out of sight. The kind of music you'd describe as scenic were it not something of a contradiction, 'Nuit du Plomb' opens with the initially claggy synths of 'Anfang' - a track which sees Leichtmann thawing what at first appear clinical and threatening keys through an encroaching dawn of creamy soundscapes and analogue flourishes. From here we're eased into the fragile company of 'Fenster', a piece that shuffles over the horizon with a creased set of mealy clicks that soon coalesce around a lantern light of swelling electronics that whilst understated posses genuine sonic muscle. Understanding that subtlety is a commodity which tends to attract greater scrutiny than theatrical bombast, Leichtmann never allows the production bar to slip throughout - as each piece is presented in a glowing aura of finely detailed techniques. Elsewhere, 'Wind' is a cavernous collection of digital tics, 'Anders' employs a fizzing beep to epic effects, whilst 'Keller' is as graceful as a swallow in its swooping atmospherics and tender piano melody.